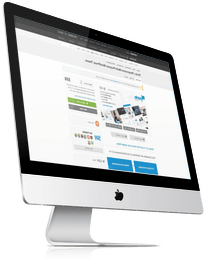 Python is a widely used high-level, general-purpose, interpreted, dynamic programming language. It is design philosophy emphasizes code readability, and its syntax allows programmers to express concepts in fewer lines of code than possible in languages such as C++ or Java. The language provides device constructs intended to enable clear programs on both a small and large scale.

Python interpreters are available for many operating systems, allowing Python code to run on a wide variety of systems. Using third-party tools, such as Py2exe or Pyinstaller. Python code can be packaged into stand-alone executable programs for some of the most popular operating systems, so Python-based software can be distributed to, and used on, those environments with no need to install a Python interpreter.

Python supports multiple programming paradigms, including object-oriented, imperative and functional programming or procedural styles. It features a dynamic type system and automatic memory management and has a large and comprehensive standard library.

Large organizations that make use of Python include Google, Yahoo!, CERN, NASA, and some smaller ones like ILM, and ITA. The social news networking site, Reddit is written entirely in Python.

Python can serve as a scripting language for web applications, e.g., via mod_wsgi for the Apache web server. With Web Server Gateway Interface, a standard API has evolved to facilitate these applications. Web frameworks like Django, Pylons, Pyramid, TurboGears, web2py, Tornado, Flask, Bottle and Zope support developers in the design and maintenance of complex applications. Pyjamas and IronPython can be used to develop the client-side of Ajax-based applications. SQLAlchemy can be used as mapper to a relational database. Twisted is a framework to program communications between computers and is used (for example) by dropbox.